In Push to End HIV/AIDS, Community Is Vital

In nearly four decades, biomedical research and prevention strategies have moved HIV/AIDS from being a 100 percent fatal diagnosis to a chronic but treatable disorder, with a vaccine and/or cure perhaps in sight. But as near on the horizon as ending the deadly epidemic may seem, the goal can only be reached via the continued engagement and empowerment of a particular sector—the community.

NIH’s Office of AIDS Research recently held “Community and NIH in Partnership to End the HIV Epidemic,” an event aimed at acknowledging and fortifying science’s collaboration with citizen groups.

“Research discoveries set the framework for public health and public policies to end the HIV epidemic,” noted OAR director Dr. Maureen Goodenow, opening the half-day forum. “Robust community engagement is critical, and since the earliest days of the pandemic, community voices were raised and continue today as significant partners…[Although HIV] demographics have evolved in complexity and diversity, something in common across the timespans and population is the persistent dedication, creativity and resiliency of the communities.”

“What was a death sentence in 1990 is no longer associated with such a hopeless outcome,” said NIH director Dr. Francis Collins. “For those who can access antiretroviral therapy, HIV is now a chronic disease associated with a nearly normal lifespan.”

What’s more, he continued, we can identify the regional, social and economic pockets of people where HIV is still gaining ground.

“The theme of community involvement could not be more important than it is right now,” Collins said. “We’ve made stunning progress, but we still have some distance to go.”

On the science front, he said, NIH has trials of three different vaccines underway and recently joined the Bill and Melinda Gates Foundation on a bold goal to develop a gene-editing cure for HIV in 10 years.

That engagement will need to span a “continuum of outreach, consultation, involvement, shared leadership, ideas, responsibility and decision-making,” he said. “[In addition] communities affected by HIV play a key role in battling stigma, which presents a barrier to individuals getting tested and treatment. [That includes] stigma of all sorts—gender inequality, homophobia, transphobia, etc. Communities are best positioned to address those barriers.”

Remembering her first-hand experience with stigma was early HIV/AIDS community activist Jeanne White-Ginder, mother of Ryan White, who became a child spokesman on the issue after he contracted AIDS in 1984 via the blood transfusion treatment he needed to live with severe hemophilia. White-Ginder recalled her son’s battle against not only AIDS, but also against people’s ignorance, fear and bias about the disorder that made patient survival much more difficult.

Before all was known about how HIV was spread, White and others living with AIDS were virtually shunned in their communities, often barred from school or work or interacting with neighbors. White outlived his 6-month prognosis with the disease by 5 1/2 years, succumbing in 1990. But his mom’s recollection of the ordeal the family endured continues as a painful reminder that public  education and compassion are integral components in efforts to end HIV/AIDS.

“It’s really hard to lose a child,” she concluded. “It’s the worst pain any mother could ever go through. Everybody says it gets better, but it doesn’t. You learn to live with it because you have to. Ryan always used to put his hand under my chin and say ‘It’s okay, mom…Everything is going to be all right.’ Well, I’m still waiting for everything to be all right.”

In addition to remarks by Collins and White-Ginder, the World AIDS Day event brought in several representatives from community organizations active in the pandemic. Many thanked NIH for its history of teaming up with citizen groups and individuals personally affected by HIV.

“It was the voice of NIH and [NIAID director] Dr. [Anthony] Fauci’s leadership that informed us and it propelled us into action,” said longtime HIV activist/fundraiser Cornelius Baker, a former artist who currently serves as OAR special advisor and liaison to the President’s Emergency Plan for AIDS Research (PEPFAR). “The evidence you produce—whether it’s the most basic scientific evidence, to things that inform us about transmission patterns, to new drugs, etc.—the work you do here is so foundational to everything that we aspire to achieve with HIV/AIDS.”

Two sessions of panelists discussed their personal connection to community activism and HIV, the work of their organizations as well as strategies for engaging target populations.

“Building community trust means communicating with not just you and me, but in other venues, such as schools, churches [and] businesses,” noted Rev. Debra Hickman, co-founder of Sisters Together And Reaching, Inc. (STAR), a nonprofit, federally recognized community-based/faith-based organization created to address inequities in services to African-American women living with HIV/AIDS in Baltimore.

“The faith community is not something to fear—it is your mouthpiece. It is how we get our messages out. It is how we change social norms,” said Dr. Pernessa Seele, founder and CEO of Balm in Gilead, Inc., a nonprofit that offers training and services to faith institutions in the U.S. and Africa to promote health education and disease management.

“In order for us to learn from each other, we have to see people like ourselves so we can trust them,” said Consuella Lopez, director of operations at Casa Ruby, an organization established by transgender women of color to provide social services and support for members of the LGBTQ community.

“If we don’t have the workforce that looks like our community to get out the messages of change and treatment in that culturally humble way, then we’re going to continue to see significant inequities as it relates to HIV,” agreed Abby Charles, on behalf of community health workers—peers—who she called “the glue” that has kept community fastened to clinic.

As speaker after speaker pointed out, community engagement has always been crucial in the fight against HIV/AIDS. Strengthening and galvanizing its resources to finally put an end to the disease is a no-brainer.

Emphasizing the importance of eliminating silos, working in partnership and not letting momentum slip away, Mitchell Warren, executive director of AVAC (formerly the AIDS Vaccine Advocacy Coalition), reminded attendees of what successful partnership has already accomplished. 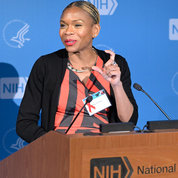 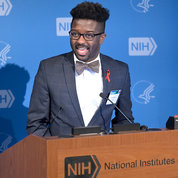 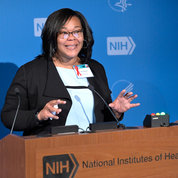