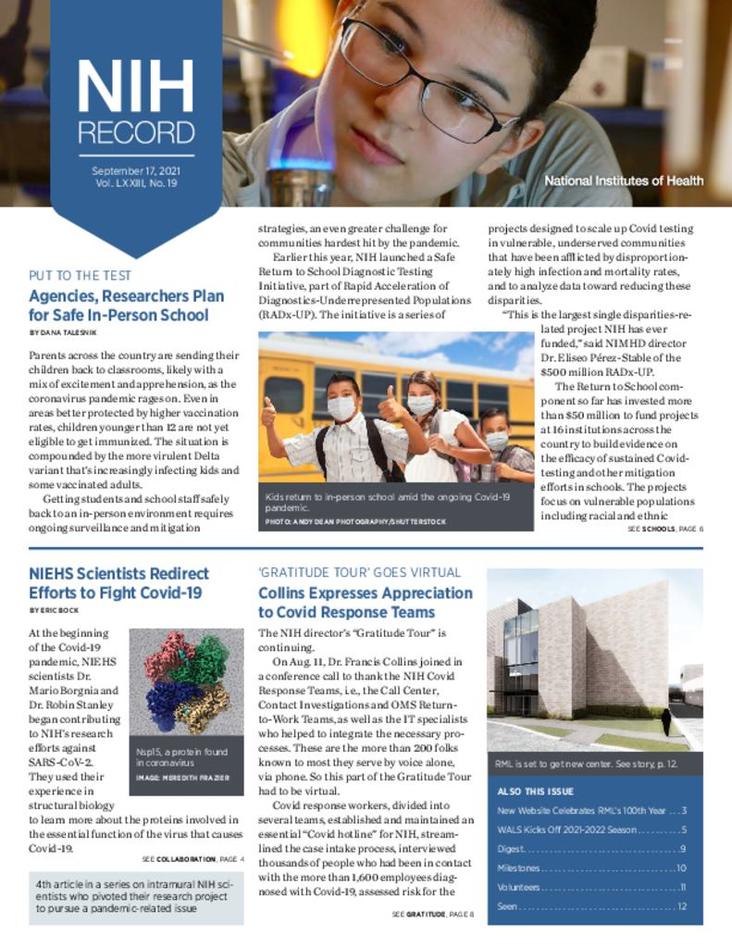 View all past issues

We Want to Hear from You!

Have a question to ask or a good idea for a story? Simply feel like letting the editors know what’s on your mind, but don’t necessarily want to give your name?

Give us your feedback

This Week in History

“Help Someone Have a Better Tomorrow” is the 1990 theme of the Combined Federal Campaign (CFC). More than 1,200 voluntary agencies will participate in this season's CFC, allowing NIH employees to contribute to services provided to millions of people who suffer the ravages of illness and disease here in our community and throughout the world. It takes a combined effort to make CFC work! With the CFC banner are (from l): John Mahoney. NIH associate director for administration and NIH's 1990 CFC coordinator; Marion Dawson, executive officer and CFC BID coordinator, DCRT, this year's CFC lead agency at NIH; 4-year-old Clinical Center patient. John Carlos; Kelly Goka. R&W Association; and Art Fried, NIH Health's Angels Running Club. NIH’s goal is $632,000.