NIH director Dr. Francis Collins presides from his home office over the first-ever virtual meeting of the ACD.

Against a backdrop of national anguish over the death of George Floyd in police custody and a global coronavirus pandemic that by then had claimed more than 116,000 American lives, the 120th meeting of the advisory committee to the NIH director (ACD) held its first-ever virtual meeting June 11-12, tackling both NIH’s response to the Covid-19 crisis and a variety of compelling administrative issues.

“As far as we can tell, this is the first time we’ve held [the ACD] in this format,” observed Collins, who said he had only been on campus three times since the pandemic made telework mandatory for most staff, starting in mid-March. “I must admit it’s a very unusual way to oversee the largest biomedical research organization in the world.”

He began with “a huge shout-out” to the NIH staff’s rapid response to the evolving pandemic. “They are working 24/7 on a set of Covid-19 initiatives, while not neglecting NIH’s other important priorities. Eighty to 100-hour weeks are routine…But I do really regret not being in the same room with you.”

Addressing the gravity of the moment, Collins said there remains much work to do everywhere, including in biomedical research, to combat racism.

ACD member Dr. M. Roy Wilson, president of Wayne State University, noted, “We really are in a very extraordinary time now of reckoning, with Covid-19, the murder of George Floyd…These have brought injustices into sharper focus…Racism is as urgent a public health matter as covid. One in 1,000 black men can expect to be killed by a policeman. I’ve had multiple encounters with the police in my lifetime that could have gone either way. Now, more than ever, we must seize the moment and not let up.”

“We need to foster a more inclusive culture that generates equity and respect for one another,” he said. “We can rise to this occasion in new ways…Our diversity fuels our creativity and innovation. We too have been caught up in the grief, and the anger and distress, and I think we need to acknowledge that…We are not yet post-racial. The problem began, one might say, more than 400 years ago.”

Speaking via taped message, because he was at a White House meeting of the coronavirus task force, NIAID director Dr. Anthony Fauci gave an overview of NIH’s Covid-19 research response.

“The lives of all of us changed in late 2019,” he said. “This virus has essentially exploded on the world.” By June 11, there were some 7 million cases globally—more than 2 million in the U.S.—and more than 400,000 deaths worldwide. “For a while, the New York metropolitan area had half of the U.S. total [of deaths],” said Fauci.

A succession of speakers outlined the breadth of NIH’s response, including Collins, who noted that a public-private partnership known as ACTIV—Accelerating Covid-19 Therapeutic Interventions and Vaccines—had launched on Apr. 17, just 2 weeks after initial discussions.

“This is unlike anything I’ve seen happen before,” said Collins. “It’s amazing how much can get done when people are not worrying about credit or money. Preventing suffering and death is more important.”

Also updating the ACD on ACTIV-related Covid-19 response were:

In addition to ACTIV, NIH has created the RADx (Rapid Acceleration of Diagnostics) Project, a $1.5 billion effort involving 5 sub-projects, with the aim of greatly enhancing testing for the presence of the virus.

Dr. Brendan Lee of Baylor College of Medicine was one of the meeting’s most frequent commenters in the Zoom format of the virtual meeting.

“A home-based technology would be revolutionary,” said NIBIB director Dr. Bruce Tromberg, who leads an effort that began only 7 weeks earlier. He anticipates a capacity to test 2 percent or more of the U.S. population daily by the end of the year.

Following its announcement just 5 days after funding from Congress, RADx attracted 400 applications in the first hour, 1,000 in the first week and 2,200 as of June 11, mostly from small businesses and academics, Tromberg noted.

Filling in RADx details were:

Collins has asked NICHD director Dr. Diana Bianchi and NHLBI’s Gibbons to co-chair a task force exploring the effects of Covid-19 on small children, some of whom end up with an illness similar to Kawasaki syndrome. Now known as Multisystem Inflammatory Syndrome in Children (MIS-C), the complication often presents with prolonged fever and inflammation. Severe gastrointestinal distress is common—some patients have been mistakenly diagnosed with appendicitis—as is shock and renal failure. Most patients improve with treatment, but there have been a handful of deaths, said Bianchi.

Only a small percentage of youngsters get the full-blown syndrome, she noted, but 80 percent of those patients have cardiac involvement and risk of aneurysm and require long-term follow-up.

NICHD’s existing Pediatric Trials Network, consisting of more than 50 sites, will be used to study MIS-C, including a look at drugs not typically used in kids, Bianchi said. “We hope to study up to 10,000 at-risk children. We hope to learn more about Kawasaki syndrome, too—it’s been 50 years since it was first described, and we still don’t know the cause.”

Another existing NICHD network, the Maternal Fetal Medicines Unit, which can handle 21,000 pregnant women over 12 sites, will be tapped to study the impact of Covid-19 on pregnancy; there have been reports of placental abnormalities, Bianchi said.

On day 2 of the virtual meeting—each day was limited to about 3 hours (Collins joked that “Zoomness” can only be tolerated for so long) and began at 1 p.m. to accommodate West Coasters—several ACD working groups offered reports.

“NIH should use its unique position to set the tone to ensure that immediate and long-term changes are made to prevent sexual harassment,” said Dr. Carrie Wolinetz, NIH associate director for science policy and co-chair of the ACD working group on changing the culture to end sexual harassment.

It had been thought at last December’s meeting that NIH lacked the statutory authority to discipline offenders at grantee institutions. But legal counsel, arguing on safety grounds, closed that loophole.

As NIH broadly addresses the pandemic, ACD member Dr. Francis Cuss asked, “How do we assure the voice of the patient will be taken into account? I have heard it’s totally awful if you get hospitalized for Covid-19.”

In 2019, 115 cases of sexual harassment were reported in the extramural community, Wolinetz reported. In the first half of 2020, 27 cases have been reported, resulting in the removal of at least 14 principal investigators from NIH-funded research.

Removals due to harassment have also occurred on NIH study sections and advisory councils—64 in 2019 and 20 so far this year.

Wolinetz said that equating sexual harassment with research misconduct is a new trend. But it is countered by another “worrisome trend—institutions acknowledge harassment, but don’t touch the person’s status or money…This supports the perception that institutions are protecting their rainmakers.”

“We were warned that this would happen,” said ACD member Dr. Francis Cuss, now retired from Bristol-Myers Squibb. “There may need to be more teeth involved in this.”

Said Collins, “We are going to continue to push forward on this—we are not done yet. Some thought that this was just talk, but we are serious. We are not going to tolerate harassment…and the grants process is where we have some clout. We intend to create an atmosphere that is fair and supportive. I promise you that’s what we will do.”

Dr. Michael Lauer, NIH deputy director for extramural research, acknowledged “a real hit in productivity for women with children” in the wake of Covid-19.

Updating the ACD on the issue of improper foreign influence, which first arose two summers ago, Dr. Michael Lauer, NIH deputy director for extramural research, first cautioned that the issue is “not a problem of collaboration, which is essential. Only a small percentage of people are involved…We must not create a climate that is unwelcome [to foreign scientists].”

At the moment, 359 “scientists of concern” have been identified at 87 institutions that have reached out to NIH in response to an awareness campaign launched by the Office of Extramural Research late last year, Lauer reported; so far, 189 NIH-funded researchers have been examined, 77 of whom were later removed from NIH support by their institutions.

In more than 90 percent of cases, China was the country of foreign support, Lauer said. China has more than 200 “talents” programs that aggressively seek intellectual property, he explained. “It is estimated that 15 percent of China’s GDP is devoted to science and engineering [talents] programs.”

Most of those removed were middle-aged Asian males holding a total of 285 grants, 76 percent of which was basic (mostly animal research), totaling $164 million in NIH funding, Lauer noted.

He warned, “The numbers are not leveling off. I don’t know what the extent of the problem is. It may take many more months to figure this out.”

Cal Tech’s Dr. Barbara Wold, echoing a concern of Lauer’s, said she is concerned about women with children at home during the pandemic whose research productivity has been altered.

Updating the ACD on the activities of the working group on enhancing reproducibility and rigor in animal research, group co-chair Dr. Barbara Wold of Cal Tech said, “Animal experiments often serve as the foundation for human clinical trials. Thus, there is a cost when translatability fails.”

She added, “We must avoid a black-and-white binary approach to reproducibility, especially when judging whether two results are ‘consistent’ or ‘the same’…It is important to recognize the interdependencies of rigor, transparency and reproducibility. No one alone ensures translatability to humans.”

“Science itself has to do its own soul-searching [in the face of social injustice],” said Dr. Hannah Valantine, NIH’s chief officer for scientific workforce diversity.

“We must openly acknowledge the problem of being black in science,” she said. “This is the moment to do something about this issue. People are really suffering. Science itself has to do its own soul-searching.”  In times of stress, she warned, “We expect that the incidence of incivility and harassment will get worse.”

Like NIMHD’s Pérez-Stable, she acknowledged “the disproportionate impact of Covid-19 on the black community, especially women and other underrepresented groups…This is a time of emotional turmoil and feelings of hopelessness.” She argued, “When we uncover acts of racial bias, we should hold the perpetrators accountable, as we do with sexual harassment.”

Valantine’s office is preparing an SWD strategic plan for 2021-2025 and a white paper on individuals with disabilities. They are also developing e-learning training on implicit bias that may eventually be mandatory.

In July, Valantine expects to launch an internal workforce survey of NIH’ers and plans to survey the extramural community in the future.

In other news at the biannual session, members learned:

Collins said it is almost certain that the December ACD meeting will also be virtual, “unless something really amazing happens.” 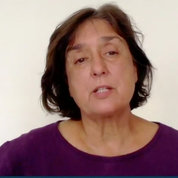 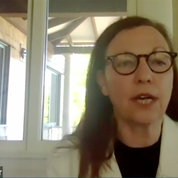 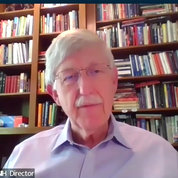