President Joe Biden announced the relaunch of the anti-cancer initiative he prompted 6 years ago. The Cancer Moonshot has set new ambitious goals and will be overseen by the White House Office of Science and Technology Policy.

The President noted that because of recent progress in cancer therapeutics, diagnostics and patient-driven care, as well as scientific advances and public health lessons gained from the Covid-19 pandemic, it’s now possible to set ambitious goals: to reduce the death rate from cancer by at least 50 percent over the next 25 years and improve the experience of people and their families living with and surviving cancer—and, by doing this and more, “end cancer as we know it today.”

“We will work with our partners to supercharge the Cancer Moonshot and #EndCancerAsWeKnowIt,” said Sharpless, on social media.

At the White House in 2016, then-Vice President Biden brought together a task force and challenged the public and private sectors to join together in making progress against cancer. President Barack Obama lauded the initiative in his State of the Union address.

Fast forward to 2022. The Biden-Harris administration has pledged to maintain and expand that commitment. In Biden’s first budget, he sustained strong funding for biomedical and health research with increased funding for NIH and NCI, and full funding for the 21st Century Cures Act and the Beau Biden Cancer Moonshot Initiative at NCI.

Moonshot will form a “Cancer Cabinet,” convened by the White House and bringing together departments and agencies across government to address cancer on multiple fronts. NIH and NCI will be part of the cabinet, along with sister agencies in the Department of Health and Human Services—the Food and Drug Administration, Centers for Medicare & Medicaid Services and Centers for Disease Control and Prevention.

In addition, the President proposed a bold new vision for biomedical and health research in the Advanced Research Projects Agency for Health (ARPA-H), which is slated to develop as part of NIH. 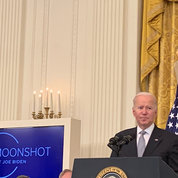 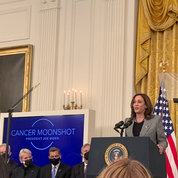 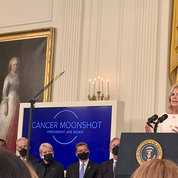 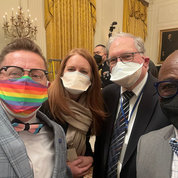 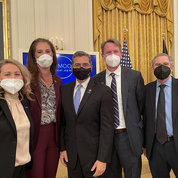