At around 11 p.m. on Christmas Eve, Alex Salah was preparing to turn in for the night when he got an email alert from the Center for Information Technology. Something was offline. As chief of the Access Control Branch in the Division of Personnel Security and Access Control (DPSAC) since its inception, Salah initially wasn’t overly concerned. In his experience, these occasional glitches usually resolve themselves fairly quickly.

But by 5 a.m. Christmas Day, Salah had received dozens more CIT notifications that something was wrong. The crowning blow was an email from NIH Police saying they couldn’t get into several doors.

“That’s when I logged into the system and I knew we had some major, major problems,” Salah recalled. “I then had to call my team and try to figure out what’s going on.”

What was going on was a large partial outage of the access control system, with multiple sites denying entry to legitimate cardkey holders. Salah activated the continuity of operations plan and his team, which consists of his deputy William Higdon and Greg Sehrt, senior system engineer. That’s how Salah and his DPSAC staff ended up spending Christmas 2021 at 95 NIH locations in Bethesda, Fishers Lane, Rockledge and Baltimore, manually rebooting each site.

More than 24 hours—and the entirety of the holiday—later, Salah’s 3-person team (working with the Office of Research Facilities’ door team, Xpect Solutions, other contract staff and police) resolved the problem, and then set about finding its cause.

Such dedicated service and sacrifice by all of DPSAC were formally acknowledged Nov. 10 during the latest stop on NIH leadership’s Gratitude Tour. The hybrid event—held on site in a Bldg. 31 conference room and broadcast live to remote locations in Baltimore and Rocky Mountain Laboratories in Montana—celebrated achievements well beyond DPSAC’s badge issuance function.

In addition, despite Covid-19’s multi-dimensional impact on operations, DPSAC maintained a high level of output—in many cases outpacing pre-pandemic figures.

From March to July 2022, DPSAC processed more than 4,305 e-QIPs. During this same time, the combined output of all HHS operating divisions was 16,999. That means one in four eQIPs processed by the department came from NIH.

With little to no loss in service, telework was instituted for 70% of DPSAC staff to reduce the risk of Covid-19 transmission. DPSAC was also able to provide concierge onboarding service to VIPs during the pandemic’s height.

To address travel restrictions during the pandemic and the reality of a geographically dispersed population, DPSAC implemented an alternative method for collecting fingerprints remotely from applicants across 1,300 locations in the continental United States.

To date, this has resulted in more than 4,800 fingerprint adjudications, greatly enhancing NIH’s ability to onboard applicants. DPSAC also negotiated with the software vendor to receive a reduced price per transmission, resulting in a nearly 53% discount off the standard cost.

In the first six months of the pandemic, DPSAC in conjunction with CIT and HHS executed an unprecedented solution that allowed remote extension of expiring PIV cards for more than 100 critical NIH staffers—many of whom were in clinical settings.

DPSAC was also responsible for the highly sensitive, but crucial function of denying on-site access to employees who tested positive for Covid-19—a job that had to be handled confidentially, definitively and diplomatically.

“Thank you for everything you all have done and are continuing to do to keep everyone at NIH safe and secure and to help get people onboarded in a timely way,” said Dr. Tara Schwetz, NIH acting principal deputy director. “If not for the work that you all do, we wouldn’t have had the ability to hire for critical positions and to do so in as quick and efficient way as possible.”

Joining Schwetz to congratulate DPSAC staff and contractors were Dr. Alfred Johnson, NIH deputy director for management, and Colleen McGowan, director of the Office of Research Services, which oversees DPSAC.

Joining the event from RML facilities in Montana are Bill Cullen and Kris Schmitt.

Bill Cullen, associate director for security and emergency response, participated virtually, reporting on screen from RML facilities, which had just experienced a blizzard. He offered an overview of DPSAC’s origin in 2006, following clearance requirements issued by the Department of Homeland Security for all federal agency workforces.

“This was a complex and labor-intensive undertaking requiring reconciliation of records across three different systems,” said Johnson, who was just assuming the ORS director post when DPSAC was being established 16 years ago.

During the hour-long session, several DPSAC leaders described the various challenges successfully negotiated by devoted team members, who often had to call on every ounce of creative problem-solving and troubleshooting skills.

T’Nae Brown, DPSAC director, and her deputy, Felicia Walker, also expressed appreciation to their team for rising to the multitude of challenges the group faced under historic and stressful conditions. Each talked about relying on their DPSAC family for everything from providing continuous pandemic updates and enough PPE supplies to brainstorming innovative solutions with contract support staffers.

“I also want to thank Colleen, Bill, T’Nae and Felicia for your exceptional leadership,” concluded Schwetz, “and thank you for all the essential work that you do here at NIH.” 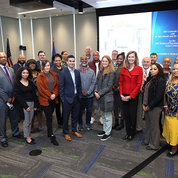 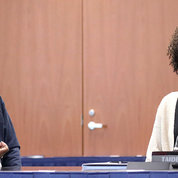 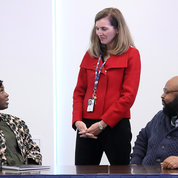 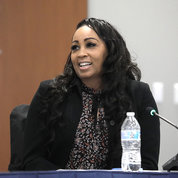 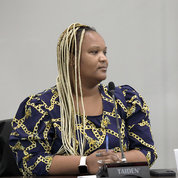 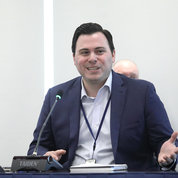 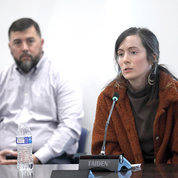 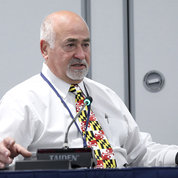 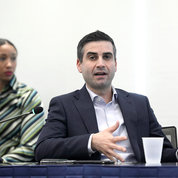 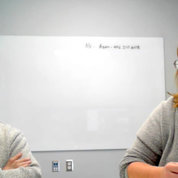 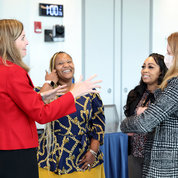