Dr. Bradford Wood, director of the CC interventional radiology section, is filmed by the Discovery Channel.

On Thursday, Aug. 10, the Discovery Channel will premiere a 3-part documentary series on the Clinical Center. The program, called First in Human, highlights the innovation and hard work that takes place in the Clinical Center, depicts how challenging illnesses are diagnosed and treated and provides an inside look at the successes and even setbacks that are a part of experimental medicine.

NIH has worked with the Discovery Channel to produce the multi-part documentary featuring the amazing research, patient care, spirit and dedication that abounds within the walls of Bldg. 10. First in Human represents the first time cameras have embedded in the hospital and followed first-in-human patients throughout their trial.

Narrated by actor Jim Parsons (The Big Bang Theory, Hidden Figures), the series begins Aug. 10 at 9 p.m. and continues on the 17th and 24th at the same hour.

John Hoffman, executive vice president of documentaries and specials for Discovery Communications, approached NIH in 2014 with the filming idea. He has a track record of producing documentaries with NIH, including Sleepless in America, The Weight of the Nation, The Alzheimer’s Project and Addictions.

Three camera crews, made up of three production members each, videotaped staff and patients throughout the hospital every day for over a year. Patient arrivals, CT scans, procedures in the operating room, bone marrow biopsies, test results and more were filmed.

A Discovery Channel producer films Dr. John Tisdale of NHLBI before he goes into surgery at the Clinical Center.

More than 125 patients opened their lives to the cameras to document the reality of clinical trials. In addition, more than 1,100 staff and guests/family consented to participate as well. One thousand hours of footage were collected over 38 weeks of primary filming.

While providing technical assistance and guidance to the Discovery Channel to aid the show’s accuracy and success, the CC remained committed to protecting the privacy and safety of patients and staff. No one, patients or staff, was filmed without advance written, informed consent. Further, all Discovery staff working on-site—most of whom had previously filmed in hospitals—went through a special orientation and safety and privacy training. At the end of training, they signed an affirmation that they understood what was discussed and the importance of protecting patient privacy.

Inspired by the series, viewers can take action by participating in a trial, joining the NIH team by applying for a job or training opportunity, volunteering at the Clinical Center, donating to the NIH Blood Bank or collaborating with NIH on a research study. 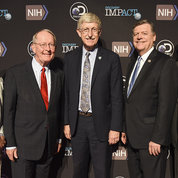 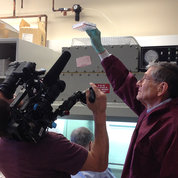 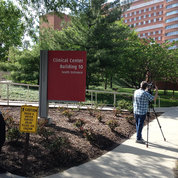