Engaging the public directly in the scientific research process, also known as “citizen science,” can yield better data and new insights. That was the take-home message at the “Engaging Citizen Scientists to Advance Biomedical Research” symposium held in Bldg. 45 recently.

“We get data we wouldn’t have otherwise and we get the insights and context that come along with that data,” said Dr. Jennifer Couch, chief of the Structural Biology and Molecular Applications Branch in NCI’s Division of Cancer Biology and co-chair of the working group, during opening remarks. “We also benefit from the creativity, innovation and problem-solving skills of the public.”

First, Amy Sterling spoke about her experience as executive director of EyeWire, an online game that challenges players to map the 3-D structure of neurons in the retina of a mouse. Melissa Martin, an EyeWire gamer, spoke about why she plays.

There are 200,000 players from 150 countries. As they map neurons, they accrue points based on speed and accuracy. Traditionally, it takes one neuroscientist dozens of hours to map one neuron. But EyeWire players such as Martin have made the process go much faster.

“This is my way of unwinding,” Martin said. “Before I started playing this game, I came home and I would turn on the flickering box also known as the TV and I would sit and I’d just stare at that. This is a good way to contribute to something instead of just sitting there.”

Dr. Nikhil Wagle and Dr. Corrie Painter of Dana-Farber Cancer Institute and the Broad Institute of MIT and Harvard spoke about the Metastatic Breast Cancer Project, an initiative where patients with breast cancer that has spread to other organs in the body agree to share their medical records and tissue samples with the research study.

So far, more than 3,700 patients have signed up and 2,100 have signed a consent that allows the project to obtain and analyze their medical records and tissue and saliva samples.

During the project’s design, Wagle and Painter sought the input of patients and advocacy groups around the country. They also advertised on the internet and observed that many patients posted on social media about their participation without prompting. Enrollment always increased soon after the social media posts.

“The patient-driven outreach, both online and in person, has been really remarkable and perhaps the most rewarding and powerful part of this project,” said Wagle, leader of the project and a breast cancer oncologist and metastatic breast cancer researcher.

A survivor of a rare cancer of the blood vessels called angiosarcoma, Painter became director of the project because she believed it was an opportunity “to come and think out of the box, where you could engage people with cancers in order to greatly accelerate the pace of research.”

Dave Micklos, executive director of the DNA Learning Center at Cold Spring Harbor Laboratory, chronicled efforts to introduce students from Brooklyn, Queens and Long Island to DNA barcoding, a taxonomy method that uses DNA to identify organisms. Students find flora and fauna in local parks, collect DNA samples and send them to a lab for sequencing for a program called Barcode Long Island.

One of the students who participated is Elizabeth Scianno, a rising senior at William Floyd High School in Suffolk, N.Y. She and two other students have studied the bacteria that potentially causes die-off of a type of sea grass called Zostera, which provides critical habitat for fish and crabs. The three recently presented their findings at a poster session.

“Even though there were several challenges—even staying past 8 p.m. at school—I think it was definitely all worth it,” she said.

Later in the day, representatives from four other federal agencies described their programs and dispelled several key myths about citizen science.

Jay Benforado, chief innovation officer in the Environmental Protection Agency’s Office of Research and Development, said there are three myths about citizen science projects: statutes, rules and regulations prevent the funding of projects; the data collected from these projects is bad; and the tools required to conduct experiments are too expensive.

The EPA, he said, has worked with the Office of Management and Budget to fast-track projects and fund competitions. Kayakers and boaters have taken photos of algae around the country and reported reliably back to the agency. He added that technological advances have brought the cost of many devices down significantly so citizen scientists can use them.

Dr. Sophia B. Liu, an innovation specialist at the U.S. Geological Survey Science and Decisions Center, said using data compiled by citizen scientists isn’t new. Since 1997, USGS has been asking members of the public who feel an earthquake to fill out an online questionnaire. The USGS also has a Tweet Earthquake Dispatch project that searches Twitter data to detect earthquakes.

“About 90 percent of our Twitter detections are faster than our seismic stations,” she explained.

“Citizen science is a great way for students to do authentic science projects, participate in the scientific process and learn,” he said. John McLaughlin, a program manager in the National Oceanic and Atmospheric Administration’s Office of Education, said NOAA supports at least 60 citizen science projects. In one, 20,000 members of the public from around the country measure rainfall and report back to the agency. In another, 6,000 California students monitor life in the intertidal zone—the area between low and high tide—at national marine sanctuaries.

Tammy White, senior communications and IT platform specialist at the General Services Administration, said there are ways the public can participate in scientific projects, whether it’s observing, monitoring, transcribing, mapping, photographing or editing. She works on the www.citizenscience.gov and www.challenge.gov initiatives, where she advises other agencies interested in connecting with people who “have really good ideas,” but aren’t familiar with the government.

In conclusion, Couch said there’s a culture of innovation and creativity out there. People are smart, clever and creative. If those talents can be tapped into, “they can and will help us solve complicated biomedical questions.” 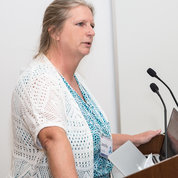 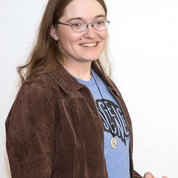