Since most NIH’ers are never going to go back there, let’s talk a little about the two giant water tanks recently constructed on the south side of campus.

The one closest to the south border is called the Industrial Water Supply System, or IWSS. It exists primarily to provide the campus Central Utility Plant (CUP) with about 4 days of water in the event of an emergency. It holds 5 million gallons; daily water use at the CUP averages 1.2 million gallons.

It offers insurance, given that the local water authority has many old pipes that occasionally rupture. A major break several years ago once threatened campus safety. The IWSS will also provide makeup water to the utility plant chillers, cooling towers and boilers during a regional outage.

The tank’s principal feature is a massive retaining wall separating the IWSS from parking lot 41. Just below the wall is a new surface parking lot—lot 42—with space for some 250 cars. One day, a multi-level garage is projected to rise from the plateau. The IWSS is due to come online late this year.

Topping out at 8 million gallons, the TESS stores chilled water manufactured by 12 massive chillers at the CUP across the street. The idea is that you fill it up with cold water at night, when electrical costs are low (due to lower night-time power demand) and discharge it during the day. The TESS began operations on Aug. 6.

Both tanks are abutted by small unoccupied pump houses that are operated remotely. Each features power vaults, to run the electric pumps, and the pumps themselves. The enclosures are pleasantly air-conditioned, because even electrical equipment prefers to stay cool in summer’s heat.

“It’s basically the guideline for the rest of the world, even though we are not a regulatory agency,” observes Brad Moss of ORS/ORF communications.

Although landscaping around each of the tanks is not yet complete, plantings are anticipated to “soften the hardscape” sometime this fall, said Allan Buller-Jarrett, project officer in DTR who works on the IWSS.

Both tanks are also clad in ornamental pre-cast concrete with natural stone accents. “With a modest incremental investment,” said Memarzadeh, “we have made these not only very functional, but [also] aesthetically pleasing so that they complement the beauty of our campus.” 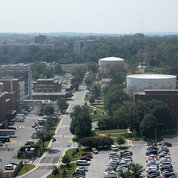 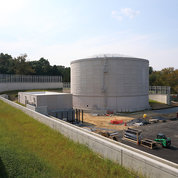 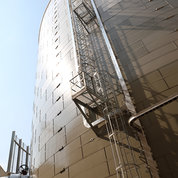 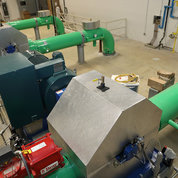 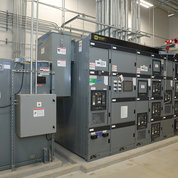 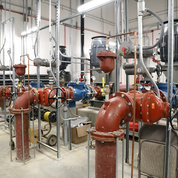 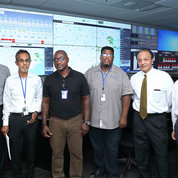 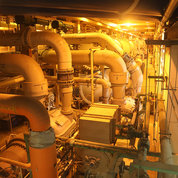 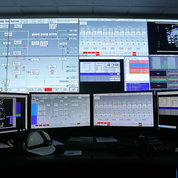 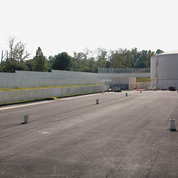