Eric Dishman speaks at ‘All of Us’ anniversary.

It began as an ambitious idea: create a program to collect and analyze health data on a massive scale, ultimately enrolling a diverse group of 1 million U.S. volunteers in what would be the biggest national research cohort of its kind. There would be hurdles, of course, and there are kinks yet to be tackled. At times, the effort almost seemed elusive.

Now, one year after the launch of the All of Us Research Program, there is already much to celebrate. So far, more than 190,000 people from all 50 states have enrolled in the program, many of whom come from communities historically underrepresented in biomedical research.

“In just one year, and even though only part way to the enrollment goal, All of Us has managed to become one of the largest, most diverse research resources in history,” said NIH director Dr. Francis Collins at the anniversary symposium on May 6, in a crowded Masur Auditorium, with thousands more watching online.

That day, All of Us released the beta version of its interactive Data Browser at researchallofus.org, which provides a first glimpse of health conditions, demographics and other summary statistics from its growing database. Anyone can access the site. Investigators might find its aggregate data particularly useful for shaping current and future research directions.

“Most research programs of this scale don’t release data until several years after they’ve completed enrollment of the last participant,” said Collins. “Our attitude here is very different.”

“Our tools are pretty [basic at this stage], but we’re working on them and testing them,” Dishman said. “Over time, the experience will keep getting better.”

Dr. Robert Winn, director of the University of Illinois Cancer Center, speaks at the event.

Another priority for All of Us is recruiting the broadest possible participant base. Of the more than 140,000 participants who have completed all initial steps of the protocol, 50 percent are racial and ethnic minorities.

Understandably, some communities may have questions or concerns about enrolling, having been marginalized or mistreated in earlier health studies. To assuage their concerns and gain their trust, All of Us staff host discussions and focus groups with minority communities, said Dishman, operating under the philosophy that a diversity of participants can generate a diversity of cures.

“All of Us makes a profound commitment to understand and chip away at those vexing health disparities,” said Collins.

Dr. Robert Winn, director, University of Illinois Cancer Center, is encouraged by the impact All of Us can have on African Americans and other minorities. “Representation matters,” he said. “This program matters because it’s [engaging previously disenfranchised] people…and giving them hope that this will help not only them, but also help their communities and their kids.”

Ana Pavón, an immigrant from Mexico, became motivated to join All of Us after a long medical journey toward finding a diagnosis for her young son.

“I hope one day, [thanks to precision medicine], other parents will have a much easier experience,” she said. “I know to do this we must be included in research. Our population is different; our health needs are different.”

All of Us will enable researchers to study conditions that disproportionately affect specific populations. And, as program enrollment grows, so does the promise of finding new diagnostics and treatments for diseases that affect a large percentage of all Americans such as diabetes, cancer, cardiovascular disease and dementia.

“The potential for All of Us is almost boundless,” said Collins.

Having such a large participant cohort may soon deliver more effective treatments for pain, the condition that tops the list of All of Us respondents thus far. Chronic pain afflicts more than 50 million Americans and has helped fuel the opioid epidemic in this country.

NIDA director Dr. Nora Volkow addresses the All of Us anniversary event.

“We have to [delve] into large cohorts and populations,” to understand the genetic factors contributing to chronic pain and drug addiction, said NIDA director Dr. Nora Volkow. “All of Us matters because it actually addresses diseases for which all of us are vulnerable.”

By studying diseases at this large scale, with the benefit of hundreds of thousands of whole genomes, we can learn more about the genetic variants underlying coronary and pulmonary diseases, said NHLBI director Dr. Gary Gibbons. He said precision medicine can potentially predict, prevent and treat these conditions before they become life-threatening emergencies.

“It’s crucial to have multiple generations come back again and again to contribute their data to this larger good,” he said.

What’s most needed now is feedback to keep improving the participant portal and Research Hub, said Dishman. Later this year, All of Us plans to launch a Researcher Workbench with more data and analytic tools. The program also is working to add more data types, from genomics to wearables data.

“All of Us is on a journey where the data sets will continue to grow, and the tools will become more refined,” said Collins. “We invite you to join us early as participants and as researchers, not only so you can begin using the data for discoveries, but also so you can give input and feedback, and help us design the best research platform and data set to help us accelerate research.” 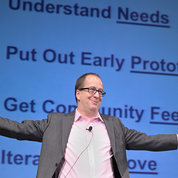 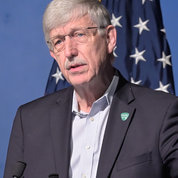 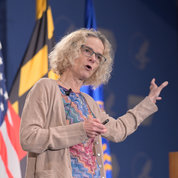 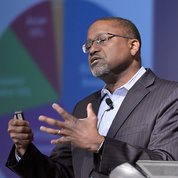 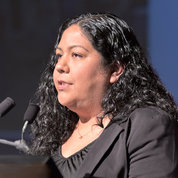 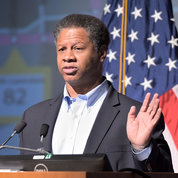