For the first day of the December meeting of the advisory committee to the NIH director (ACD), the ACD might well have stood for All-Covid Deliberations. The majority of the agenda was devoted to the novel coronavirus that has wreaked havoc worldwide, isolating people physically if not emotionally from family and friends, and forcing most industries and institutions to operate remotely as much as possible.

Indeed, for the second consecutive meeting (the first was last June), the ACD was held virtually via Zoom.

Opening the 121st gathering of the group, and speaking from his dining room by way of computer, NIH director Dr. Francis Collins used a slide presentation to describe “just what a desperate situation we now find ourselves in and how much we need science to come to the rescue as quickly as possible,” he said. “[This is] visual evidence of why some of us are so deeply concerned about where we are with this, the worst pandemic in 102 years.”

The slides told a tragic story through a series of color-coded maps of the U.S.—each showing a week in time—of Covid-19 cases per 100,000 residents. Red marks indicated sites of intense infection rates. The first graphic, from March, showed red only in the area of New York City. In no time at all, though, the images started to indicate geographic areas hit hard by the virus.

By October, the Dakotas began to have the highest case rate of any location in the world. By the first week of December “the entire country was in the red zone—unless you happened to be in northern Maine or Hawaii,” Collins said. “We have seen this virus take full advantage of the opportunity to spread, particularly with indoor gatherings in the colder weather and it is now devastating our country…Hospitalizations, which we should worry about even more than cases, are at the highest level they have ever been…Hospitals are stretched to the breaking point.”

Although presentation of the facts was frankly grim, Collins said the response by the NIH workforce and community at large continues to be determined, focused and tireless.

“This certainly is a motivator for us to do everything we can with the best science in the world, and work with every partner that we can, to try to speed up what we can do in the areas of diagnostics, therapeutics and vaccines as well as promoting all those public health messages, which unfortunately have not always been as universally received as we wish,” he said. “We are certainly in gratitude to those who continue to spread those messages.”

Offering an example of an indefatigable public health messenger, Collins sent a shoutout to NIAID director Dr. Anthony Fauci, who briefed the ACD later that day.

“In addition to leading the vaccine research effort and much of the therapeutic effort, [Fauci] also has become the trusted voice for the public about where we are, where we’ve been and where we’re going and what we need to do about it.”

In his turn, Fauci traced vaccine development research and how quickly the world has moved from finding the microbiologic cause of an infectious disease to science delivering a vaccine to fight the disorder. For typhoid it took 105 years, for polio 47 years and for measles, 10 years, he noted.

“The timeframe from the discovery of the new virus to the time when we have vaccine in people has completely broken any imaginable records, as we have it down now to 11 months,” Fauci said.

Collins had noted at the meeting’s start that the Food and Drug Administration was at the same time reviewing potential release of the first vaccine for Covid-19. NIH’s Covid-19 vaccine candidate, developed in partnership with Moderna, was being prepped to go before the FDA in just a week or so [and was authorized for emergency use in mid-December].

In addition to the vaccine update, ACD members heard more about several of NIH’s other all-hands-on-deck attacks against coronavirus. Institute directors and other top NIH leaders gave status reports on the Accelerating Covid-19 Therapeutic Interventions and Vaccines (ACTIV) public-private partnership, the Community Engagement Alliance Against Covid-19 Disparities (CEAL), the Rapid Acceleration of Diagnostics (RADx) initiative, as well as investigations into the so-called “long haulers’” ailment, or post-acute Covid-19 syndrome, and other unexpected components of the virus, such as MIS-C or multisystem inflammatory syndrome in children.

ACD members also learned how NIH is employing data science against the pandemic and lessons the health crisis has taught so far.

“The science that NIH is responsible for leading,” Collins noted, “has risen to the occasion in remarkable ways, unprecedented ways, ways we should all feel good about, even as we recognize we’ve got a long way to go and the terrible toll that this pandemic is taking right now is not one that we have been able to turn around. We are determined to do so.”

New proposals to promote diversity, equity and inclusion in biomedical research were also described for attendees. As Covid-19 has shown, health disparities have a profound, detrimental and disproportionate effect on the well-being of a significant portion of the nation’s population. Several cross-NIH teams will tackle various aspects of what is recognized as a multifaceted issue that has gone unsolved for several decades.

The draft NIH Strategic Plan for 2021-2025 also was outlined for ACD members, and preliminary findings from a Covid-19 survey of NIH and extramural staff were discussed.

Concluding the 2-day session, Collins acknowledged that, as is customary when a presidential election brings about an administration change, the NIH director—a political appointee—would soon submit a letter of resignation to be acted upon by the new president.

“I don’t know what my own path might be,” he said, “but I hope I will be able to continue to do what I have been doing with Covid-19, which has a lot of moving pieces to be overseen…That’s up to the incoming administration, however, and all of their hopes and dreams for how we will get through this.”

He closed by sharing video of his rendition of Thanksgiving Eve, a Bob Franke song that Collins adapted and performed at a recent virtual Town Hall for NIH’ers. He wrote a final verse to speak to our shared 2020 experience.

“From the spring to the fall|You’ve been heroes, one and all|You’ve answered the calls and the cries|Despite the heavy load|Your mission has been hope|You’ve done all you could to save lives.” 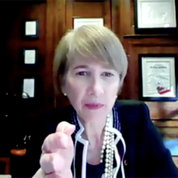 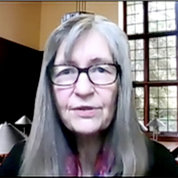 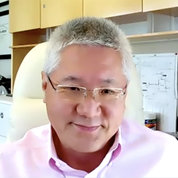 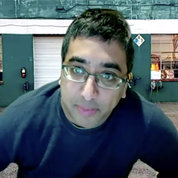