Dr. David Resnik was recently elected fellow of the American Association for the Advancement of Science, underscoring the importance of scientific ethics.

The 8th annual NIEHS Ethics Day featured a fast-paced review of ethics topics in science and government. Led by NIEHS Ethics Office Director Bruce Androphy, the recent event included guest speakers, a roundup of the year’s ethics offenders and required training. This was the second year that Ethics Day participation was an accepted alternative to the online course.

Dr. Eric Juengst, director of the Center for Bioethics at the nearby University of North Carolina at Chapel Hill and a former ethicist at NIH, addressed the rapidly evolving field of gene editing.

Dr. Elise Smith, a postdoctoral research fellow in Androphy’s office, made a surprising finding while studying misbehavior in scientific research. Her survey reached more than 6,000 researchers worldwide to study factors—such as seniority, power and gender—that influenced authorship in published research papers. Among the responses she received were several reports of sabotage by fellow lab members. Some actions—including slowing down the research process, limiting access to equipment and harsh peer review of papers—did not fall under the definition of misconduct used by the NIH Office of Research Integrity.

Looking into predictors to discover ways to prevent such sabotage, Smith found that conditions such as lack of autonomy, perception of injustice and frustration with an organization appeared to contribute. “We need to find a way to disagree in an ethical manner that doesn’t push individuals to need or want to retaliate or to sabotage another’s work,” she said.
Attorney Justina Fugh, senior ethics counsel for the Environmental Protection Agency, shared examples from the Volkswagen emissions control scandal to highlight the nuances of determining ethical bounds.

NIEHS bioethicist Dr. David Resnik invited the audience to identify photos of 2017’s ethics baddies, as he called them. Images ranged from the journal Tumor Biology, which retracted 107 papers, to leaders at VW.—Kelly Lenox 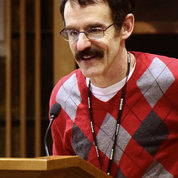 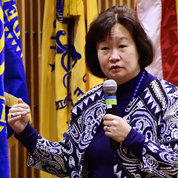 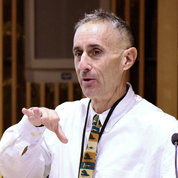