‘A Celebration of Science’

“I’ve never seen a time of greater excitement and promise across a broad range of areas from basic to clinical research as what we have right now,” said NIH director Dr. Francis Collins during opening remarks at the 32nd NIH Research Festival on Sept. 12 in Masur Auditorium.

The festival’s activities give intramural researchers opportunities to build networks with each other and come up with new ideas. “That’s really what we’re trying to achieve here,” Collins said.

Pregnancy is not an isolated event

The 9 months of pregnancy are the most important 9 months in each of our lives, said NICHD director Dr. Diana Bianchi. There are fetal origins of cardiovascular disease, cancer, hypertension, diabetes, obesity, allergies and mental illness.

“Your mother’s health and experiences when she was pregnant with you permanently affect your organs,” she said. “Pregnancy is not an isolated event.”

In 2014, NICHD launched the Human Placenta Project, the goal of which is to understand the role of the placenta in health and disease. The placenta functions “as a respiratory, cardiac and endocrine organ.” It also provides oxygen and nutrients to the fetus.

Traditionally, the placenta has been studied after delivery, Bianchi explained. Using non-invasive imaging technology, researchers aim to study the organ as it develops in real-time to better understand its function and ultimately improve on maternal care. One grantee is measuring the transfer of oxygen through the placenta to determine its effects on fetal growth and brain development.

Bianchi’s own intramural lab aims to advance knowledge regarding the biomedical significance of cell-free DNA sequencing results, particularly when these screening tests yield unexpected findings in pregnant women, such as cancer. They are also working to “to treat Down syndrome prenatally to improve neurocognition.”

She concluded, “What happens in the womb influences your lifelong health.”

“There are billions of neurons, trillions of connections,” he said. “Understanding and acknowledging that complexity of human behavior is at the crux of what we’re trying to do at NIMH.”

NIMH-funded researchers, for example, are using animal models to study ways to detect, measure and monitor anxiety-like behavior, he said. By learning how circuits function in animals, scientists hope to translate those findings into treatments for people, an area Gordon acknowledges “we’re behind in.”

Scientists are also creating mathematical equations to predict behavior. One researcher, for instance, wrote a happiness equation, which is “some function of your baseline happiness plus how many rewards you get out there in the world.” Gordon believes that breaking down the “fuzzy concept of happiness” into quantifiable parameters might lead to better understanding of and novel treatments for diseases such as depression or post-traumatic stress disorder.

A third priority for NIMH is suicide prevention. Over the past 20 years, death by suicide has been increasing. Researchers have found “if you don’t ask about suicide or suicidal thoughts, you don’t find out about them.” Extramural scientists have focused on developing risk predictors that can identify adults at high risk of suicide attempt. NIMH’s intramural program has developed a screening instrument to help health professionals identify youth at risk for suicide.

Resources are the research support

The National Library of Medicine is almost 180 years old, said NLM director Dr. Patricia Brennan. Over the past 20 years, the library “has been able to touch almost every single discovery of health information.”

She said NLM resources are “the research support we provide worldwide.” In addition, at NLM there are several programs of research: computational approaches to basic biology and public health, tools for better research and discovery from health data.

One example is the use of a computational strategy to study large sets of DNA to find CRISPR-Cas proteins and the findings validated by experiments. This has yielded foundational tools for biotech research and development.

Another example is the development of novel machine learning algorithms to identify diseases affecting the developing world, such as cervical cancer, tuberculosis and other cardiopulmonary findings in HIV-positive patients and malaria, she said. Nurses and other community health care providers will be able to use these tools deployed on smartphone apps and other commonly available computational resources in areas that lack experts and where it’s difficult to conduct screenings.

“The tools for better research emerge because we study the uses of our massive data systems and then create reusable resources for others,” she explained.

Theoretically, the end of the HIV/AIDS epidemic is achievable—only if every person infected with HIV receives treatment and those who are at higher risk for HIV take a pill that helps reduce the chance of infection, said NIAID director Dr. Anthony Fauci.

Scientists have made great advances in AIDS research since it was first observed 37 years ago. These include understanding the life cycle of the virus, developing an arsenal of drugs to suppress it and slowing its spread with prevention tools.

Three recent studies have led the World Health Organization to conclude “if you have no evidence of the virus in your blood, there is essentially no chance” of transmission. “Undetectable means untransmissible,” Fauci said. Treatment of uninfected individuals can also prevent HIV acquisition. One study showed a once-daily antiretroviral pill can prevent infection.

In the real world, however, the epidemic is far from over. In the United States, 1.1 million people are living with HIV. Of that population, 15 percent are unaware they have the disease. Almost 40,000 people are diagnosed each year.

A safe and effective preventive HIV vaccine remains elusive. The vaccine “really would be the nail in the coffin of our attempt to end the epidemic,” Fauci explained.

He cautioned that “following the science” alone won’t end the spread of the virus. Scientific advances must be implemented in an aggressive way. That’s where political will, resources and sustained commitment to ending the pandemic come in.

“If we do that,” Fauci said, “I am really quite confident that within our lifetime, or at least our professional life, we will actually see the end of the HIV/AIDS pandemic.” 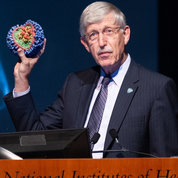 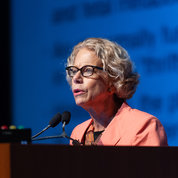 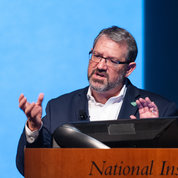 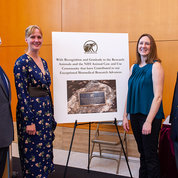 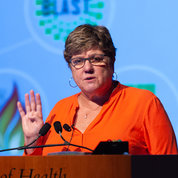 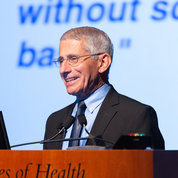 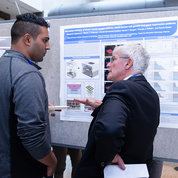 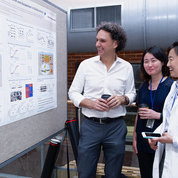