The Building 1-ders open the NIH’s Got Talent show

In support of this year’s Combined Federal Campaign (CFC), an overflow audience packed Masur Auditorium on Nov. 14 to cheer on performers who took the stage for “NIH’s Got Talent.”

Inspired by the 2018 CFC theme “Show Some Love,” NIH director Dr. Francis Collins and NIH associate director for science policy Dr. Carrie Wolinetz—the Building 1-ders—opened the extravaganza with a light-hearted rendition of Put a Little Love in Your Heart. The range of talent that followed was equally impressive.

The show was packed with variety, from NIDDK’s piano performance of Chopin’s Prelude in E Minor to NICHD director Dr. Diana Bianchi and colleagues Dana Bynum and June Tillman hula-hooping their way across the stage to Abba’s Dancing Queen. NIMHD director Dr. Eliseo Pérez-Stable joined Kimberly Allen for a Spanish vocal performance of  Guantanamera, accompanied by Dr. Juliet Pena on the harp. CIT’s Tyrone Steele wowed the crowd with his rendition of the Boyz II Men hit End of the Road.

Several performers used their 2 minutes of stage time to encourage CFC giving. NIGMS’s Dr. Peter Preusch and Tony Baum customized lyrics for Fiddler on the Roof’s If I Were a Rich Man, earning high marks from the judges. The Monkees’ 1960s hit I’m a Believer was transformed into “I’m a Donator” thanks to the creativity of the NIBIBelievers—Dr. David George, Todd Merchak and James Huff.

But just like the TV show that inspired it, NIH’s Got Talent featured more than music.

A skit by Clinical Center staff celebrated the military via an ode to the former services of its three performers: hospital CEO Dr. James Gilman, Executive Officer Colleen McGowan and Mike Delostrinos of the Office of Administrative Management. NIMH director Dr. Joshua Gordon and NINDS director Dr. Walter Koroshetz were wryly amusing in their pre-recorded video segment that riffed on the hit TV series The Office. There was even a women’s épée gold medal fencing bout featuring NHGRI’s Dr. Bettie Graham, Ellen Rolfes and Emily Neveux.

Undertaking their responsibilities with all due seriousness are “celebrity” judges (from l) Dr. Lawrence Tabak, Dr. Maria Freire and Dr. Alfred Johnson.

While these and all other acts were entertaining and conducted in the spirit of raising awareness about the importance of CFC giving, ultimately the judges selected the top winners. Third-place went to Koroshetz and NINDS deputy director Dr. Nina Schor—The Oligos—who mesmerized the audience with an original number called The Mighty Brain. The Oligos also won “Fan Favorite” from a panel of voters consisting of two staff members from each NIH IC.

NLM’s Moira Lee, who earned the sole perfect score from the three celebrity judges, was presented with the second place award for her breathtaking acrobatic demonstration of strength and flexibility that left the audience in awe.

NCATS is the lead IC for this year’s CFC, so Austin remained in the spotlight to conclude the variety show.

“There was considerable anxiety among potential performers when I announced an NIH’s Got Talent for this year’s CFC Directors’ Challenge,” Austin said. “But the ICs outdid themselves without exception and showed the amazing spirit and enthusiasm that makes NIH so special. I hope the performances inspire everyone to give generously to the CFC so that we can hit our $2.2 million goal.”

Consider donating today at https://cfc.nih.gov/ and watch the entire NIH’s Got Talent event at https://videocast.nih.gov/summary.asp?live=28941&bhcp=1. 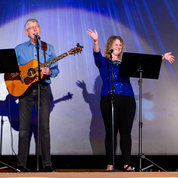 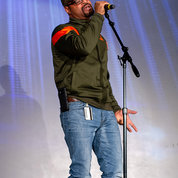 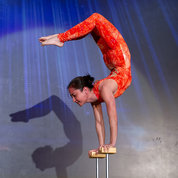 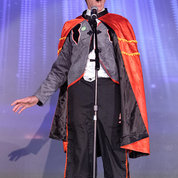 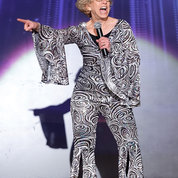 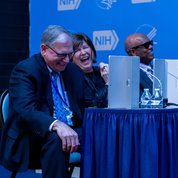 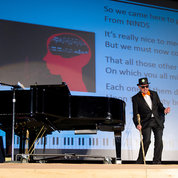 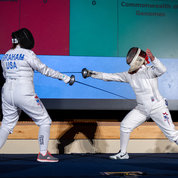