Participants in BRAIN’s connectomics session shared progress in the field and how tools, platforms and analyses can inform study of circuits from sensory processing to the control of behavior.

The Brain Research Through Advancing Innovative Neurotechnologies (BRAIN) Initiative hosted its 8th annual meeting, Open Science, New Tools, on June 21-22. Marking its third year in an all-virtual format, the gathering brought together more than 2,600 participants—federally funded scientists, leaders and staff, as well as nonfederal organizations, researchers interested in joining the BRAIN community, media and the public.

“The purpose of this open meeting is to continue to build the brain community and provide a forum for discussing exciting new scientific developments and potential new directions and to identify areas of collaboration and research coordination,” said NIH BRAIN director Dr. John Ngai.

New to the gathering this year: BRAIN researchers used a platform called Zohuddle to connect with each other, expand their networks and develop new collaborations at the “Neuroscientist Speed Dating” event. Meeting attendees also got a chance to watch and discuss the award-winning film The Brain Mappers, which told the story of research teams involved in whole brain connectomics and included first-person accounts from scientists who engaged early in the BRAIN Initiative.

Winners of the 2022 BRAIN Initiative Challenge presented an overview of their winning entries and participated in a discussion with NIH leaders and other meeting attendees. The competition invited high school students to submit essays or videos on the ethical implications of brain technologies.

Winners presented an overview of their entries, shared their main ethical concerns and participated in a lively discussion with NIH leaders and other meeting attendees.

View the winning entries at: https://www.challenge.gov/?challenge=brain-initiative-2022&tab=winners.

Throughout the meeting, participants were able to interact via Q&A sessions and the web platform’s messaging feature, explore more than 400 interactive posters in the iPosters gallery and chat with the presenters and visit a selection of virtual exhibit booths.

Posters, exhibit materials, broadcasts and resources are available on-demand and at no cost through June 2023 at https://eventmobi.com/brainmeeting2022/.

Winners of the 2022 ‘Show Us Your BRAINS!’ Contest Announced

1st place “The Intersection of Memory and Memory”

Winners of the “Show Us Your BRAINS!” photo and video contest were announced on the second day.

• 1st Place: “The Intersection of Memory and Memory” by Stephanie Grella, Boston University. Two memories captured under the microscope. Peering into the hippocampus of a mouse using viral technology and optogenetics.

To view the full group of winning images and videos, visit: https://braininitiative.nih.gov/news-events/show-us-your-brains-photo-video-contest.

Launched in 2013, BRAIN is a large-scale effort funded by NIH, other government agencies and private organizations to revolutionize our understanding of the human brain.

A major goal of the BRAIN Initiative is to encourage researchers and organizations from diverse disciplines to work together.

The annual meetings are an important part of this effort. 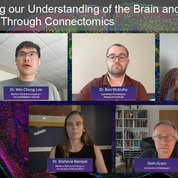 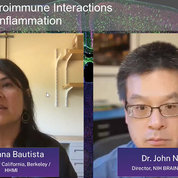 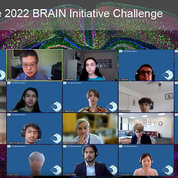 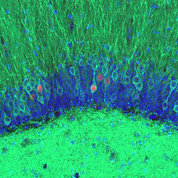 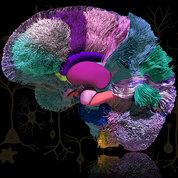 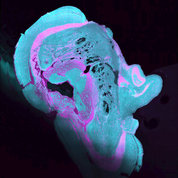