The Foundation for the Advanced Education in the Sciences dedicated the first of six new scholar houses to honor supporters of biomedical enterprise and education. The house—5209 West Cedar Lane—was named the “International Biomedical Research Alliance Founders’ House” in an outdoor ceremony on Sept. 13. The new designation recognizes IBRA, a not-for-profit organization whose mission is to invest in and accelerate the development of future leaders in biomedical research, for its guidance and support of jointly trained exceptional research students pursuing their Ph.D. between NIH and the Universities of Oxford and Cambridge.

A highlight was the unveiling of the dedication plaque, to be installed in the foyer of the house, honoring NIH OxCam cofounder Dr. Michael Lenardo and IBRA founding director Fuad El-Hibri. Their belief that FAES could make a significant contribution to the NIH community by constructing housing for graduate students in close proximity to the campus was unyielding.

NIH acting principal deputy director Dr. Tara Schwetz, FAES CEO and executive director Christina Farias and FAES board chair and NIH alumna Dr. Barbara Alving provided remarks. A ribbon cutting followed the ceremony with tours of the new scholar house and networking with fellows in the NIH Oxford-Cambridge Scholars Program, some of whom are occupants of the house.

FAES, the nonprofit education partner to NIH, has offered academic programs as well as networking and cultural events since its founding in 1959. The organization supports intramural scholars with essential services, including housing and health insurance, during their research programs at NIH.

FAES owns 5 acres of land across West Cedar Lane from the NIH Bethesda campus and a separate 1.5-acre parcel at the intersection of West Cedar Lane and Old Georgetown Road, where the FAES Social & Academic Center is located.

FAES initially acquired residential property from NIH alumnus and Nobel Laureate Christian B Anfinsen, Jr. His home is now the new scholar house 5205 West Cedar Lane. Dr. Anfinsen was one of 11 NIH scientists to cofound FAES, and he deeded his home and property to the organization.

In July 2021 FAES demolished 4 single-family homes on the property to make way for 6 new dwellings that would provide turnkey accommodations for NIH fellows and trainees.

The new scholar houses are approximately 4,000 square feet, fully furnished with kitchen items, paper products, and cleaning service provided. The residences include 5 private bedrooms each with an in-suite bathroom, 5 storage closets, and 5 individual refrigerators numbered for occupants to make transitions seamless for scholars at the start or end of their lab rotation and stays in Bethesda.

The houses opened to occupants in August 2022 and are nearly 100 percent occupied.

FAES plans to build additional dwellings along Cypress Avenue at the northern part of its property with a goal to increase from 30 to 65 new units for NIH fellows. 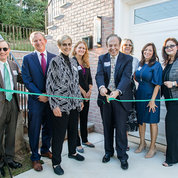 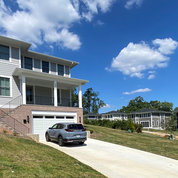 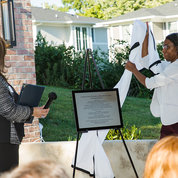 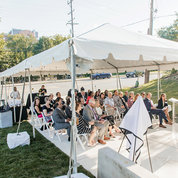 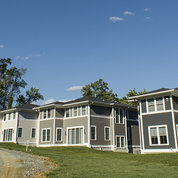 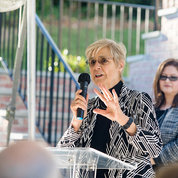 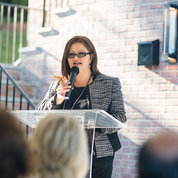 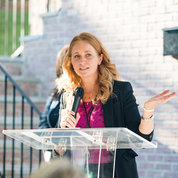 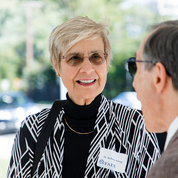 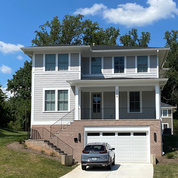