Awardees were saluted last month at a Kennedy Center ceremony and reception.

“During four decades at [NIH], Lane has conducted lifesaving research for people with HIV/AIDS, had an enormous impact combating and treating infectious diseases overseas such as Ebola and helped establish national treatment guidelines for Covid-19 amid the deadly pandemic,” the partnership said on its website in announcing this year’s awards.

This year’s winners of the Samuel J. Heyman Service to America Medals

The Career Achievement Medal is named for the late Volcker in recognition of his nearly three decades of distinguished federal service. The honor recognizes career federal employees who have led significant and sustained achievements during 20 or more years of service in government.

A virtual look at this year’s Sammies and the winners’ work will be shown on Wednesday, Nov. 23 on Bloomberg TV. For more information, and to view the broadcast, click here. 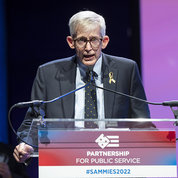 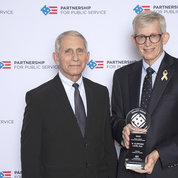 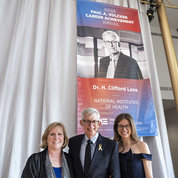 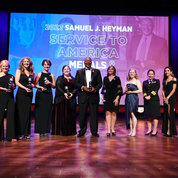