The 2019 Nobel Prize in physiology or medicine went to grantees Dr. Gregg Semenza of Johns Hopkins University and Dr. William Kaelin, Jr. of Dana-Farber Cancer Institute. They shared the prize with Sir Peter Ratcliffe of the University of Oxford, England, and Francis Crick Institute, London, for their discoveries of how cells sense and adapt to oxygen availability.

The Royal Swedish Academy of Sciences said, “The seminal discoveries by this year’s Nobel laureates [in medicine] revealed the mechanism for one of life’s most essential adaptive processes. They established the basis for our understanding of how oxygen levels affect cellular metabolism and physiological function. Their discoveries have also paved the way for promising new strategies to fight anemia, cancer and many other diseases.”

Kaelin has received continuous funding since 1990, totaling more than $30 million from the National Cancer Institute.

Semenza has received funding from NIH since 1988, totaling more than $20.3 million, primarily from the National Heart, Lung, and Blood Institute and the National Institute of Diabetes and Digestive and Kidney Diseases.

The Royal Swedish Academy of Sciences noted, “This year’s laureates have introduced a new approach to obtaining reliable answers about the best ways to fight global poverty. In brief, it involves dividing this issue into smaller, more manageable, questions—for example, the most effective interventions for improving educational outcomes or child health. They have shown that these smaller, more precise, questions are often best answered via carefully designed experiments among the people who are most affected.”The 2019 Nobel Prize in economic sciences went to grantees Dr. Esther Duflo of the Massachusetts Institute of Technology and Dr. Michael Kremer of Harvard University. They shared the prize with Dr. Abhijit Banerjee of MIT “for their experimental approach to alleviating global poverty.”

Kremer received modest funding early in his career from NICHD, totaling about $550,000. 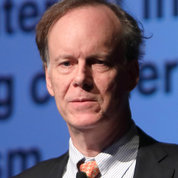 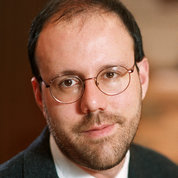